He's quite the technophile, I think.
Top

Commie_User wrote:Surely that will break it. Though for an idea, can I simulate that in BASIC, somehow?

You can probably do a similar effect by reprogramming the palette registers (NB., doesn't work in MODE 7). I believe we covered the VDU command (VDU19,logical%,physical%,0,0,0 - where logical% and physical% are BASIC integer variables) when you asked about the horizontal lines effect.

The *FX19 is needed to synchronize with the field sync, else, you get a rolling effect (which might be useful?). The display isn't entirely stable, you'd need to turn off interrupts - some of which can be done via more *FX commands. Additionally, to get smaller bands, more control over the sizes, and more complex changes (eg., the text at the right time), you'd need to poke the palette hardware directly. (Ideally, you need to use assembly.)
Top

I made a little adjustment already, to make it better reflect my own personality. (Absolutely tedious, as I think I've picked up here !!

That's about it. Through intuition, I stabbed a few bits in and got this nice flickery thing.

And it's all thanks to you ! Now how do we speed it up?
Top

So, you probably need to do multiple VDU commands for each SOUND command; Experimentally, something like the following gives somewhat similar results:

I've also changed it to RND(8)-1, which should give a better balance of colours. (The flashing colours are, of course, useless, given that the colours are being randomly changed so quickly).

You can unroll the loop (like the multiple VDU statements), maybe combine lines, avoid REM statements etc., but ultimately, BASIC's VDU command isn't going to allow you to change colour much faster than ~300 times a second. Could probably poke the hardware directly, but in BASIC any speed improvement of accessing the hardware directly is probably outweighed by the extra work in BASIC. If you want the colours to change faster than the above sample, then it's probably time to learn assembly.

I forgot that sound thing, thanks.

I had a nice toy at making it only sound when the keyboard is hit, the ASCII values playing as notes. Sounds very Spectrum-y. I tried replacing some of the random numbers in the VDU lines with the ASCII values (and ASCII values plus 10 or something) but Beeb-Em glitched out on me and froze. I daresay that's me knowing too little again.

I also tried a FOR.. NEXT loop but it wasn't to Beeb-Em's taste.

I'm sure I noticed a difference on the bars with it too.
Top

Commie_User wrote:I also tried a FOR.. NEXT loop but it wasn't to Beeb-Em's taste.

At line 70 you GOTO 10 which is inside the loop

I'm glad someone posted a link to that video; I always enjoy ChinnyVision's reviews, even though he can't stand Repton! His channel is fascinating.
http://kecskebak.blogspot.com
Top

I noticed that some of my videos got incorporated into this video: The Acorn Electron Story | Nostalgia Nerd. Creative Commons licensing doing what it's supposed to, there.

It's a bit strange to see my This is MODE 0 video being used to illustrate vanilla MODE 0. Perhaps I should have given it a more imaginative title.

Ashen gives the electron a fair bit of attention.

Licence To Kill on the electron gets a dishonourable mention at the Norwich Gaming Festival.
https://youtu.be/6Shmi76Pax8?t=29m30s

I guess that means it gets a mention in his terrible old games you've probably never heard of book, might have to buy a copy.

An electron with slogger turbo board makes an appearance on his main channel (from his visit to the Centre for Computing History).
https://youtu.be/sRyZ8kQC4aI?t=12m38s

^
I guess a two-and-half hour video playthrough of a Beeb text adventure game* is "remarkable" (in a way):

Wow! I thought my "Cascade cassette 50" would be the highlight of this festive season, but you've taken it to a ho ho whole new level with this release.
I can picture families huddled round the open fire watching this tomorrow, their smiles of joy shall be your crowning achievement.
He he sorry Chet!
You may have noticed I have gone a bit insane this Christmas

The Ultimate Gameboy Talk from this year's CCC in Germany: https://www.youtube.com/watch?v=CImyDBJSTsQ&t=3s.

They have suggested next year's be either Acorn Archimedes or SNES. I figure SNES will win the vote. FWIW I've asked Matt Godbolt if he'll proposed his jsbeeb presentation as The Ultimate BBC Micro Talk for a future conference.


chinnyhill10 said rather than wrote:The BBC version is the original. It's the most polished. It's the smoothest. It's the most fun to play, no question at all. It just really works. It's really optimised for the hardware.

Anyone up for a dose of 1979? This is the Open University on how they use computers for remote learning: 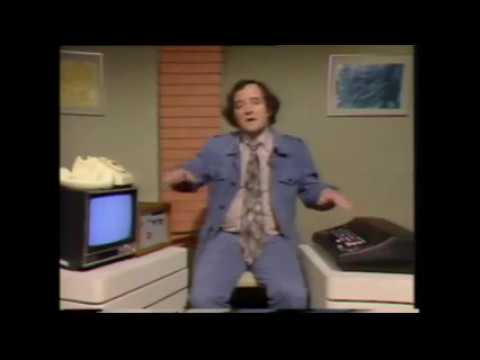 It covers a timeshared system, a PET, a system called Cyclops which does teletext-style graphics using audio cassette and can also serve Prestel, and a system called PLATO running on a CDC - there's a drag-and-drop graphical chemistry experiment on a plasma screen. (This video being highlights from a 25 min original.)
Top

Very interesting, to me, in particular about the ARM chip.

Did you know it almost fell into Siemens' or Thomson's (French) hands at some point, when Acorn wanted to sell the technology ?
In another interview Herman said it was French company Bull which could have bought the ARM technology, but since he said it was a French company making computers for the education, and he couldn't remember if it was either Thomson or Bull, I definitely think it was Thomson (with its infamous MO5, MO6, TO7 and TO9).

You'll hear the man is worth several hundreds millions sterling pounds, thanks to his luck or cleverness in various investments he did, through a fund.
Top

Should be interesting! I found the transcript, which is more my kind of thing:
http://www.computerhistory.org/collecti ... /video/32/
Top

BigEd wrote:Should be interesting! I found the transcript, which is more my kind of thing:
http://www.computerhistory.org/collecti ... /video/32/

Great !
Thanks for the link.

Interesting to know too that at 1st the ARM chip design was not intended to have a FIQ mode : the idea was given by someone not from Acorn, but by somebody (David Willow) from the Cambridge computer lab.
Note also Hermann is responsible for the barrel shifter.
Top

Personal Computer News magazine review of the electron on Chinnyvision

Adrian Mills of Pebble Mill (and Dr Who fame) tries out a summer camp at Little Canada on the Isle of Wight with a computing angle - lots of great shots of Acorn Archimedes in use in this classic clip from Meridian TV's Summer Getaway.

From a summer job via Olivetti at Acorn, to ARM : touching memories of this Italian :
https://youtu.be/QJC88JSA4Nw
Top

This 8 min video is about ARM and Archimedes with a bit about games and WIMP interfaces:
TECH STORIES: Acorn Archimedes - The most important computer... IN THE WORLD (IMO) 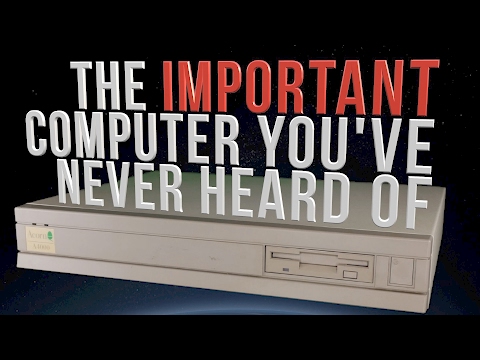 Also has some (familiar) footage of Steve Furber and Sophie Wilson talking about ARM and RISC and WDC ("If those guys were capable of designing a processor, anybody could"[!])
Top
Post Reply
320 posts