Tucked away on Youtube, an English-spoken video on Soviet micros was very informative:


Watching that, some very Spectrum/CGA-ish games were made for these systems. I think a lot of games looked to run more fluidly than we saw them on the BBC or Electron.

From what I've looked at, the computer I'd say looked rather a Spectrum/BBC cross would be the Elektronika BK. Here's Dropzona on it: https://www.youtube.com/watch?v=nAt94aNj1Eg

The specs and age were the same ballpark as our originals too. And by the looks, some very workable BASICs.

ATTACK TO THE EARTH looks and sounds pretty good. Wouldn't mind seeing a conversion for our machines, actually https://www.youtube.com/watch?v=Oqfi6yd0OnU

Game physics do look a bit crap, mind. Probably could just be loaded into a Spectrum 128 by the looks.


Arcade computers got really DOS-looking in the micro age, all their limitations considered. For example, a very nice Pitfall-style clone appears in this Russian-language roundup: https://www.youtube.com/watch?v=WfP_IfZhEtE


Imports, ripoffs and homebrews got the most from rudimentary computers when the Soviets had a glimpse of what the West was up to and became alarmed. KIDS could get to the bottom of computers in the 80s and had their own, when in the socialist countries there was a shortage of top-flight technicians who were the only ones able to use them for their nukes and power plants. I saw that on the Cold War TV series, I think.

Guess those commies should have spent less on death camps, eh! They were naturally behind as it was.


If anybody has family from behind the Iron Curtain, I bet they never even saw those anyway. Any thoughts on these wonder machines?
Top

Nice to see a mention of FOCAL, the first programming language I ever used (in 1970 or thereabouts).

Interesting stuff , there have been a few popping up on ebay recently. Was in Budapest a couple of years ago and saw a couple tucked away in a museum (with a nice dot matrix lenin); a rather severe looking 'ZH80' and possibly the most heavily annnotated computer in existence;

should've took better photos but my retro was on the wane at that time.
Top

Interesting to note, while many such machines were based on local implementations of z80, at least one is based on LSI-11 architecture - a PDP-11 on your desk!
https://en.wikipedia.org/wiki/Electronika_BK
Last edited by BigEd on Fri Sep 15, 2017 2:20 pm, edited 1 time in total.
Top

Interesting videos, thanks for sharing. I recall reading somewhere, so take with a gain of salt, that the authorities actually left the hacker scene (home micros and radio enthusiasts etc) largely alone so it was a lot more vibrant, albeit more resource constrained, than we in the West tend to assume.

I'd add to your list this very in-depth talk about the Yugoslavian Galaksija home micro.
Top

BigEd wrote:Interesting to note, while many such machines were based on local implementations of z80, at least one is based on LSI-11 architecture - a PDP-11 on your desk!
https://en.wikipedia.org/wiki/Electronika_BK

Indeed, we had a discussion about PDP-11 and similar architectures a while back. Of course, now I become more and more certain that it really is "Communist User" addressing us here, not "Commodore User".

That Yugoslavian computer was a victory of amateur craftmanship. What little it did was used to great effect with these games: https://www.youtube.com/watch?v=FD6ZJvxF6Yc

Almost makes me want one! 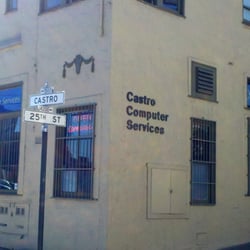 And given my family was from Poland, I've some more interesting history. This time a Polish computing giant: http://culture.pl/en/article/jacek-karp ... ldnt-stand


Though whoever changed the topic title mis-spelled Bloc!

I'll keep that aside for a dinner. Marvelous roundup by the looks of it.
Top
Post Reply
9 posts • Page 1 of 1

Return to “other vintage computer hardware, software and games”