We are not American, Acorn was British, so it's disc, checks all install/manuals written by Acorn to confirm correct spelling

There is another good one recently made by YellowPig a few threads below this, good work also went into it, worth a read to confirm things for your proggy

Not necessarily. It states here that "in computer terminology today it is common for the "k" word to refer mainly to magnetic storage devices (particularly in British English where the term disk is sometimes regarded as a contraction of diskette...". It also notes that disk is the earlier spelling, predating disc by a couple of hundred years.
Top

To avoid problems in the future, I will be referring to them as discks. Just be careful how you type it.

Does that me we can call you a "floppy head" ?

Already re inventin the wheel, try reading the ultimate thread on this, burries somewhere but people with sense used Disc, hence all menus and on bbcmicro games, uses DISC

If you prefer Acorn references to mine then I would refer you to the 'Advanced Disk User Guide for the BBC Micro' in which the K spelling is used throughout except, amusingly: "*DISC or *DISK: This command is used to change from any other filing system to the DFS"!
Top

i rest my case, as can't find the thread burried about DISC is correct, as when I search Disc, 78+ pages comes up, only 10 for Disk

I put it to the public vote and we have a clear winner....

am always a winner Martin

i've tried to find the original debate thread, but just end up with lots of pages

so, thought I better just ask the doctor & his friends :

Sorry Julie for this thread hijack

but it all started with the bad JGH post, now all went pear shaped

Thanks for that. It's the first time my product has been called "crap" in the nearly 18 years since it was first released. Do you have any specific criticisms, other than that it runs on (by far) the most popular Operating System?
Top

A web based teletext editor which can export as Mode 7 screen memory: https://zxnet.co.uk/teletext/editor
Join the Teletext Discord for teletext chat.
Top

that's because boring people are like sheep! same as BetaMax was better than VHS

business is built on M$oft crap, why would my accounts / tax / audit / financial planning progs be written for DOS if only 2% of market use it...

Thanks for that. It's the first time my product has been called "crap" in the nearly 18 years since it was first released. Do you have any specific criticisms, other than that it runs on (by far) the most popular Operating System?

I would like to think he was referring to Windows, not your BBC BASIC that was written to run on top of it.
As for popular, it's only on the most machines, because it's damn near impossible to buy a new machine without it.
Last edited by Soruk on Tue Aug 06, 2019 10:09 pm, edited 1 time in total.
Matrix Brandy BASIC VI (work in progress)
Top

Of course, that's really just a Linux kernel with a different GUI layer on top .....
Top

True, I should have said desktop OS.
Top

Did you realise BBC BASIC for Windows was written by Richard Russell? That would mean Richard would be searching his own documentation but perhaps the significance of that is that the BBC has, at least historically, tried to maintain a good standard of English in it's output. Granted Richard worked in engineering rather than producing radio or TV output but I am sure this was part of the organisational culture.
Last edited by Coeus on Tue Aug 06, 2019 11:10 pm, edited 1 time in total.
Top

I'm amazed to "disc"over there's a Wikipedia article on this very subject.

I've always used "disc" for objects and media which are actually disc shaped (e.g. CDs), and "disk" for other magnetic media, but it does indeed seem to be a UK/US thing to some extent. A few of the British 80's computer manufacturers adopted the "disc" spelling (not just Acorn, but also Sinclair and Amstrad), while Commodore and IBM were firmly in the "disk" camp.
Top

So far off topic even my eyes were beginning to bleed.
Top 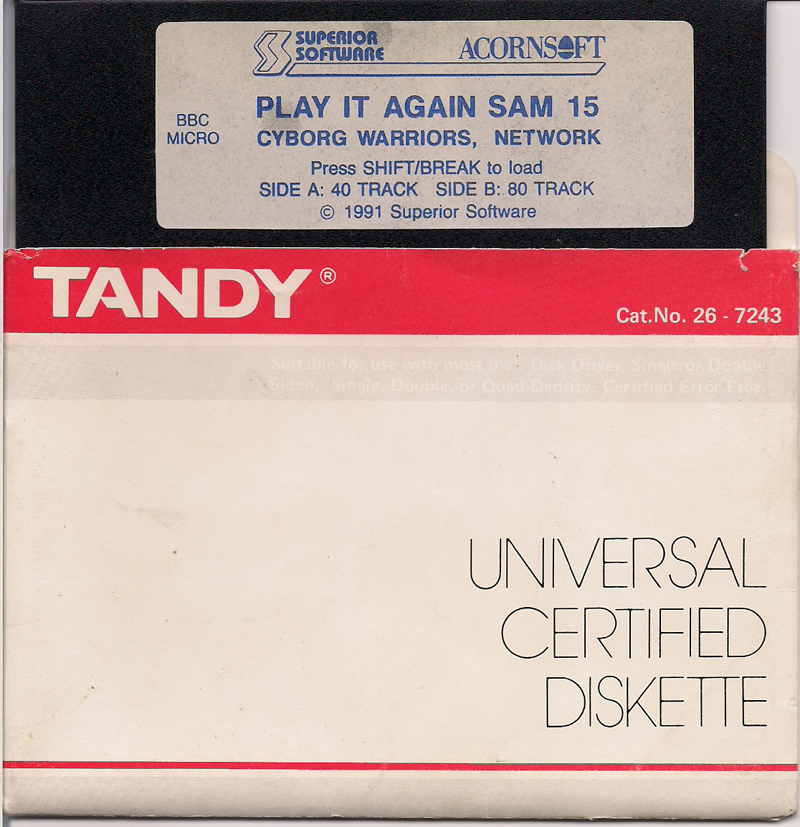 CDs are definitely 'discs' because it's a trademarked name.


and "disk" for other magnetic media

Floppies are definitely 'disks' because it's a shortening of 'diskette'.

But that leaves magnetic hard discs/disks and there are no similar arguments that can settle that one. The BBC's current view (at least as expressed at their Learning English pages) is that "Disk is generally used to talk about computing, and disc is used for CDs". Most other reference works that I can find agree.

But language changes, and it may well be that in the 1980s the spelling 'disc' for magnetic media was more widespread in the UK than it is now. Collins English Dictionary, in its English in Use section. uses the interesting phrase "Some computer manuals insist on the spelling disc" tacitly acknowledging that there are strong views on the subject!
Top

Here are THREE (I stopped looking after the first three...)

Personally, I think they should be called squares, as the user never normally sees any disc shape...

With all of these, is there any that are more ‘right’ than ‘wrong’?

And used all around the world including in the U.K.
The very same place where we have multiple spelling of various words and place names...

No one is suggesting that disk isn't valid. The propsal is that disc is the Acorn term.
Top

I’m not suggesting that disc isn’t valid either. Acorn did appear to use disc more than disk.

The reality is that both disc and disk have been used in the past and both continue to used in the present. So there is no right or wrong answer.

Just like there is no right or wrong answer to the question, should I use ‘adapter’ or ‘adaptor’? When used to refer to an electrical device (PSU) or connector...

1024MAK wrote: ↑
Wed Aug 07, 2019 10:24 am
It’s interesting to see which is used in this document "Outline specification for the BBC MICROCOMPUTER system"

That's a BBC document not an Acorn document isn't it?

The BBC Microcomputer User Guide refers to the disc and disc system all the way through. So does the ADFS user guide - up to the

The use of 'disc' seems to have been a curiously British thing around the 80's. 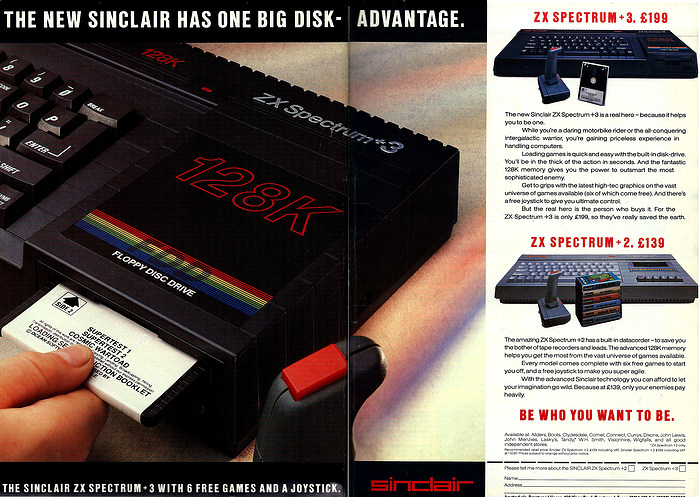 (although the text in the advert actually says "disk drive"!) 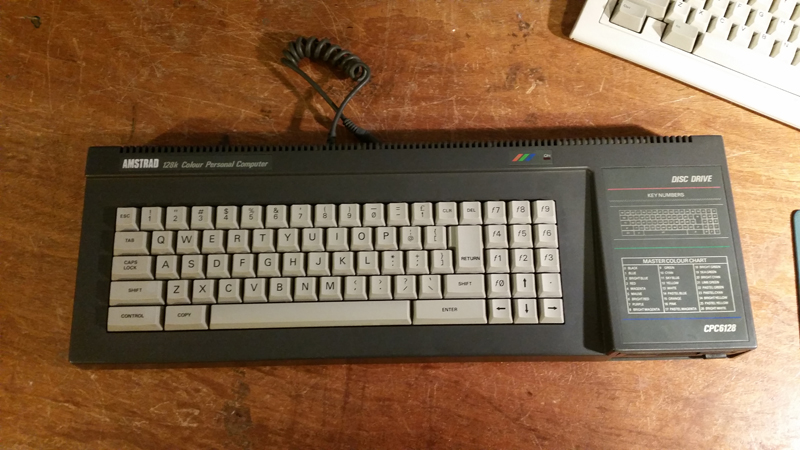 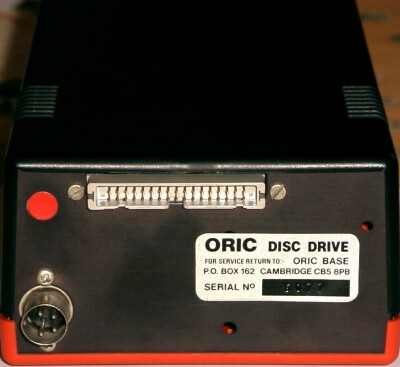 And, as we know, Acorn opted for 'disc' as well in all their literature.

It seems, as much as anything, a stylistic preference. The word was already relatively new so it's not like you could cite centuries-old precedents. I think, these days, 'disk' has pretty much taken over in common usage - probably due to the dominance of American companies. But clearly neither is incorrect. (Apart from 'disc')

Re: disck or disck. Silly-Season debate.

I fear my attempt at humour may have backfired here... Let's see if I can undo this!

Re: disck or disck. Silly-Season debate.

Hahaha! I already found a way of working around the word filter in my last post