While fixing the floppy drive control on a Master 128, I've found that the keyboard LEDs have failed. Initially just the Caps Lock and Shift

Lock but now also the Power LED. When I first bought it, all three worked fine.

The Lock keys do do what they are supposed to and the rest of the keyboard seems to work fine so not sure what's wrong. I have a spare case/power supply and board and have tested the keyboard on there and it fails in the same way so it does appear to be the keyboard itself. The underside looks to be in good condition with no broken tracks that I can see. I've also tested the LEDs with the keyboard removed on separate circuit and they all light up OK.

Think I've found the problem. Power light comes on if I wiggle the ribbon cable connector

Moved the connector back a couple of mm and all's well 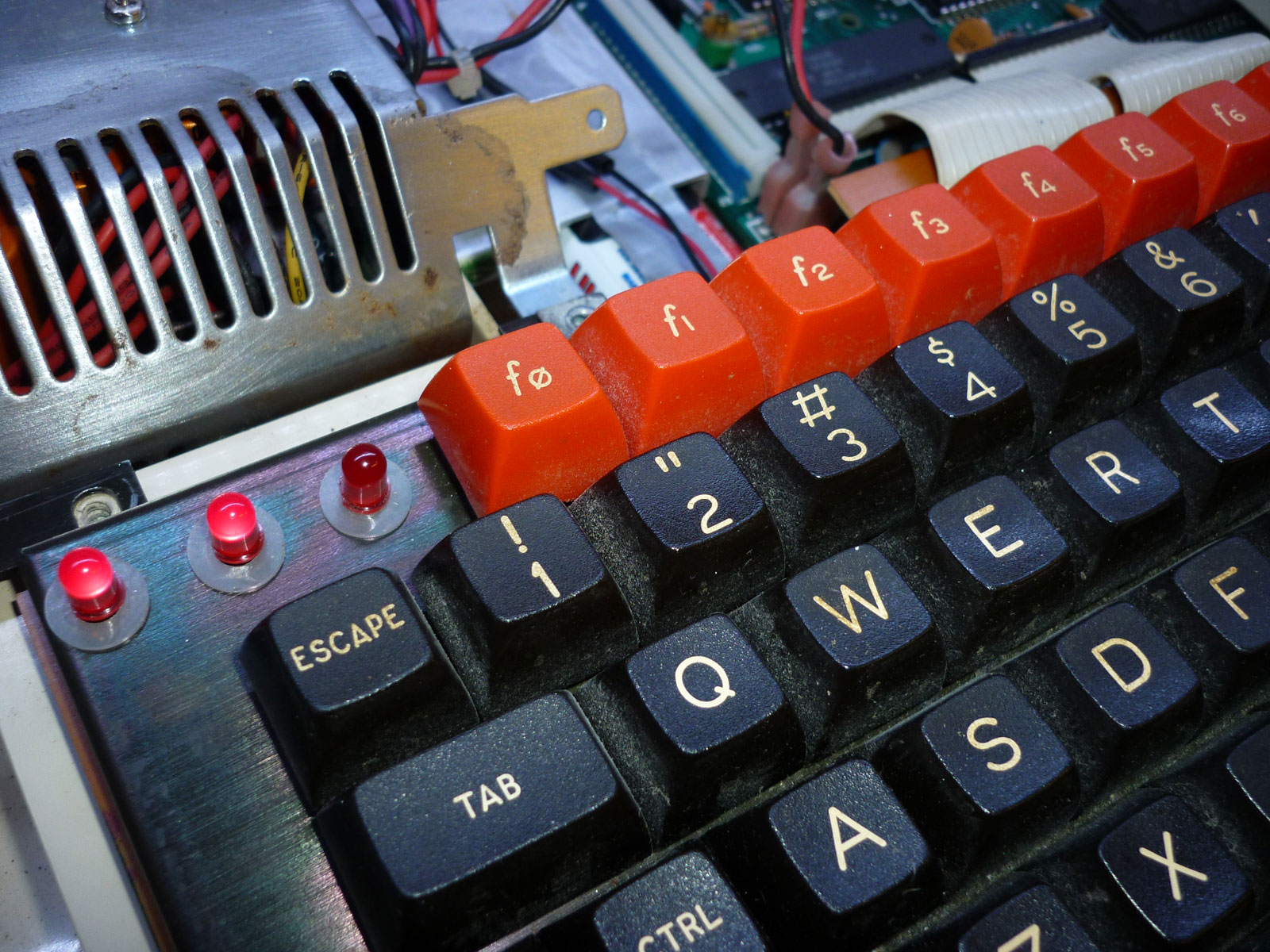 Sounds like it could be a dry joint, probably on the socket for the connector.
Jon